On 2nd September, Fleuroselect held its first digital Home Garden Conference. Originally, the event was set up as a live gathering in the U.K. but because of the ongoing travel restrictions, the organisation decided to transform the programme into a digital format. Secretary-General Sally van der Horst hosted the event from the Fleuroselect offices in Voorhout, The Netherlands. All other speakers joined from the U.K. Approx. 100 persons registered for the event.

Calendula Displays throughout Europe
Simon Crawford, Commercial Director of Burpee Europe and Head of the Fleuroselect Home Gardening Business Unit kicked off the programme and presented the organisation’s promotional activities in home gardening. Within the framework of the ‘2021 Year of the calendula & courgette’ campaign, extensive variety displays have been organised in Germany, France, Ireland and the U.K. Approx. 80 calendula varieties were collected from the Fleuroselect members to be sown and grown by our partner gardens.
View Simon's presentation. 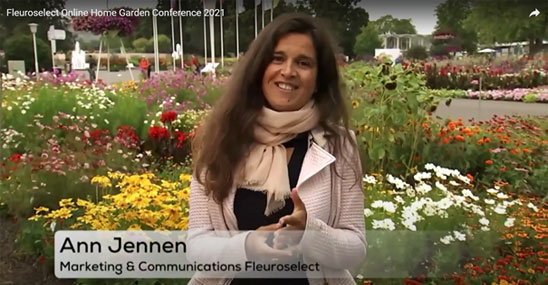 Gold Medal and FleuroStar winners at the BUGA
The programme continued with a film showing the giant flower bed of annuals that Fleuroselect and the egapark have set up jointly at the occasion of the BUGA in Erfurt. On display are all commercially available Gold Medal and FleuroStar winners and a selection of varieties promoted during previous Plant of the Year campaigns.
View BUGA film

Digital visit to Mr. Fothergill’s trial fields
Subsequently, the conference headed to the U.K. where Dave Carey and Ian Cross welcomed us to Mr. Fothergill’s. Selling seed to gardeners and retailers in over 30 countries, the company leads the market in the U.K. In order to test new varieties and to assure quality control, many varieties are sown and grown on trial fields of over 4000 m2 in total. Dave and Ian showed the company video followed by an impressive film of their ornamental and vegetable trials.
View visit to Mr. Fothergill's 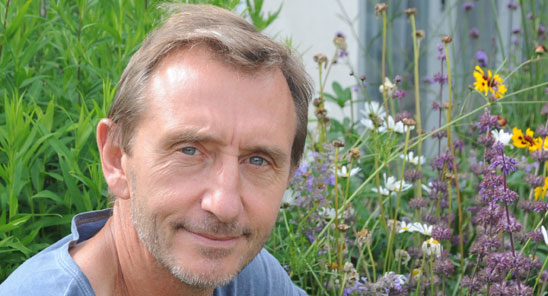 Chaos without insects
Next speaker on the agenda was Dave Goulson, Professor in Biology at the University of Sussex. Dave urges people to respect insects as they are hugely important. Recent studies show that many insect populations are in decline which is detrimental to the environment.

Dave Goulson: “Insects make up the bulk of life on earth and are food for a number of other animals. They control the pests in our vegetables and flower fields and recycle natural waste. They help to keep the soil healthy, transport seed around and are the perfect pollinator. Fortunately, we can all do something to protect them. We can give them a suitable habitat and promote wildlife-friendly gardening. Turn our gardens and cities into insect reserves by growing the right kind of plants and treating these in an environment-friendly way." 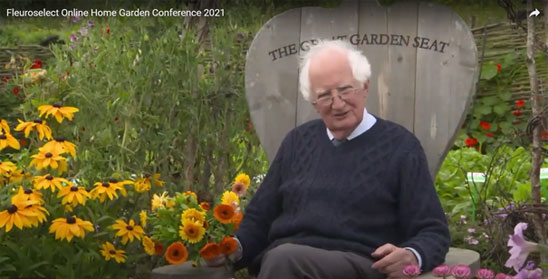 Colourful Calendula in all forms and shapes
The final contribution from the U.K. was a film made by Peter Seabrook of the calendula trial at the Royal Horticultural Society’s Garden at Hyde Hall. Within the framework of the ‘2021 Year of the Calendula’ campaign, almost 80 varieties from Fleuroselect members were sown and grown to highlight the diversity and to inspire the British public. In the film, Peter presented the trial and highlighted the wide diversity, ranging from plant height over flower shape to petal form.
View Hyde Hall film with Peter Seabrook