After winning a Gold Medal for Dalaya Yogi in 2013, Selecta one’s expertise in Dahlia breeding is recognised again for the latest addition in the Dalaya series: Amba. With its large, semi-double dark red flowers and attractive black centre, Amba is really the mother of garden meditation. Stunning in borders, this new Dahlia also looks fantastic in pots and containers.

A Gold Medal stands for a true breakthrough in breeding and Dalaya Amba fits the bill. The Fleuroselect jury was highly impressed by the strikingly large semi-double dark red flowers and darker bronze foliage. The variety branches well and has shorter flower stems. This all makes it a worthy Gold Medal winner!

Growers will love Dalaya Amba because it is fast to produce, needs little PGR and is mildew resistant. Thanks to its attractive, large flower and long shelf life, this new winner will perform well at retail level. Consumers will adore Amba as it is low-maintenance and is perfect for pollinators attracting bees to the garden. Its huge, dark red flowers and bronze foliage catch the eye of every garden lover. Amba, for growers and retailers who are completely zen.

Dahlia is named after the Swedish botanist Anders Dahl. Dahlia is a genus of bushy tuberous, perennial plants native to Mexico, Central America and Columbia. Dahlias originally arrived in Europe via Madrid at the end of the 18th Century. From the few plants surviving the journey from Mexico, crossings were made that were at the origin of the thousands of brightly coloured cultivars existing now. Following up on Yogi, Amba is the second Dahlia in Selecta one’s successful Dalaya series that is awarded a Gold Medal. 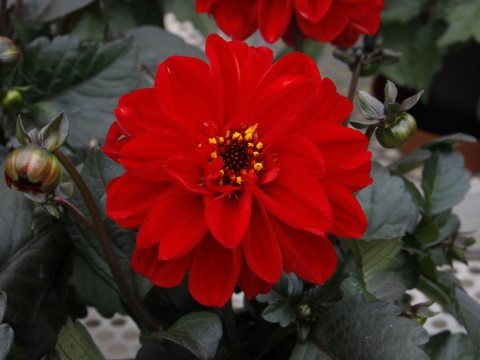 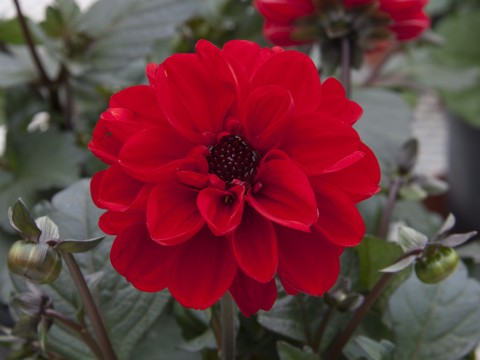 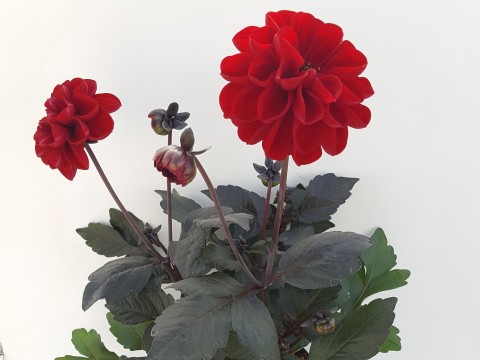 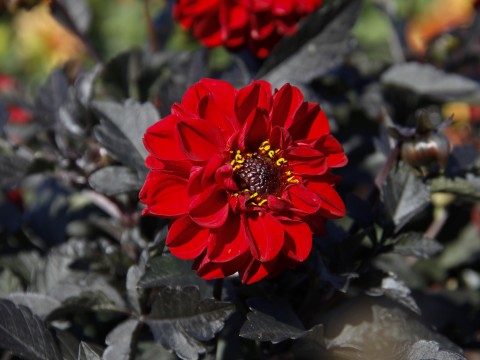 Use:
Bedding and containers

Planting:
Plant out in containers or beds. Likes a sunny spot.