The Gold Medal symbolises a breakthrough in breeding. Amarillo Gold flowers very early and is highly uniform in plant shape and colour. Its flowers proved bigger than the comparison varieties in trial and the judges were impressed by the ‘abundance of attractive flowers on shorter, sturdy stems’, predicting a promising commercial future for this new Rudbeckia. Amarillo Gold makes planters and borders shine!

Amarillo Gold is also the recipient of the All-America Selections award for performance in North American trials.

A compact, large-flowered Rudbeckia is a very welcome addition to the pot and bedding sector. Growers will appreciate Amarillo Gold’s fast production scheme which can be fitted in easily. Retailers will adore the huge flowers on short stems offering additional options for containers, baskets and front/middle line bedding. Consumers will be enchanted by the fresh green disc with yellow/gold petal colour combination and will enjoy flower splendour until the first frost. Amarillo Gold, the latest treasure for the pot and bedding plant sector!

Rudbeckia hirta, commonly called black-eyed Susan, is a North American flowering plant in the sunflower family, native to Eastern and Central North America and naturalized in the Western part of the continent as well as in China. With Amarillo Gold, Benary has succeeded in creating a Rudbeckia hirta which is especially suitable for patio planters and front bedding. 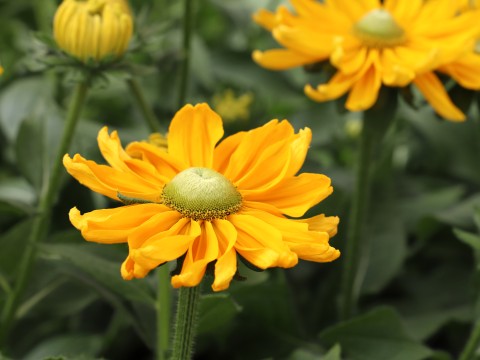 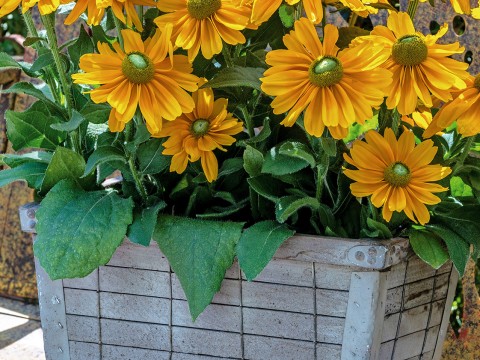 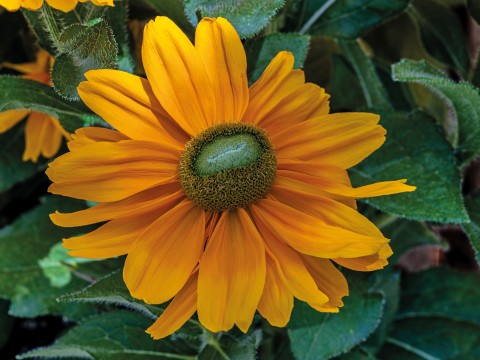 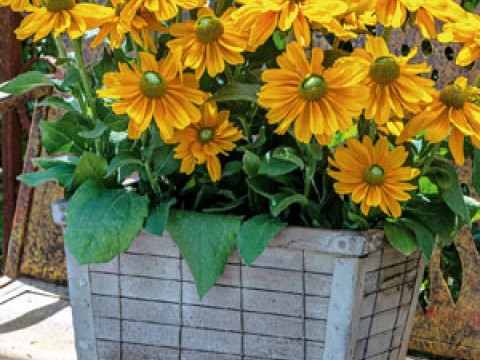 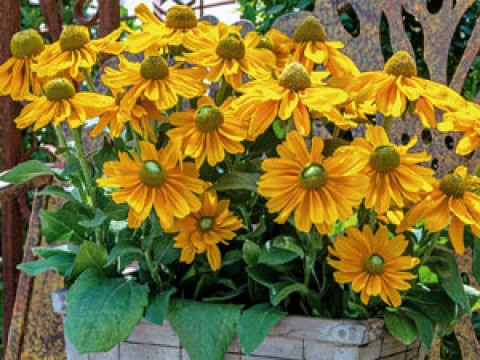 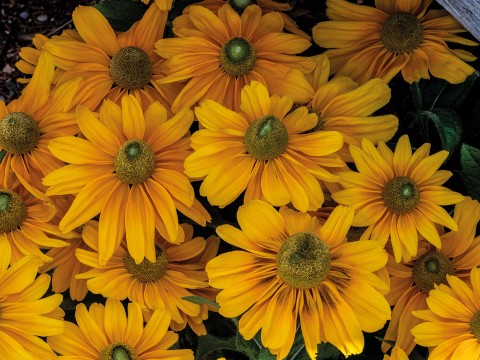 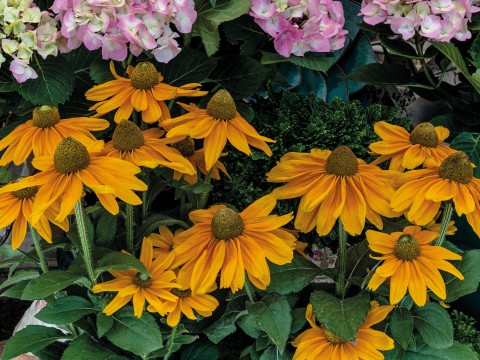 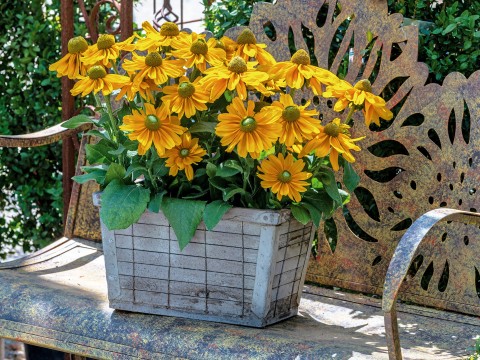 Use:
Bedding or Patio Plant

Planting:
For landscape use plant 8-9 plants per m2 in a sunny spot.