Fleuroselect is proud to introduce the next Star in Shasta Daisy! This new variety from seed has been developed to be competitive versus the latest cuttingraised varieties. Madonna not only looks wonderful in pots and containers but also gives an incredible result in beds or landscaping. This Leucanthemum is easy to care for, builds new flowers over the fading ones and flowers from summer to early autumn.

A Gold Medal is awarded to a breakthrough in breeding. Madonna is a highly improved Shasta Daisy from seed that offers a genuine alternative to the vegetative varieties. Thanks to the improved uniformity in height and habit, the jury members were unanimous in handing out the Medal for 2020 to Madonna, the new idol in Leucanthemum!

Madonna delights with nearly perfect uniformity in height and habit, resulting in better branched and bulked plants. Thanks to the excellent seed quality, this Shasta Daisy germinates and grows very easily, producing a high number of sellable plants. Madonna truly beams on the bench and is very easy to maintain. Covered with virgin white flowers with yellow disks, this newcomer will surely catch the consumer’s attention. Madonna not only performs very well in containers on the patio, but also looks beautiful in beds. When used in landscaping, it gives a spectacular result. Madonna, the next star in Shasta Daisy!

With Madonna, PanAmerican Seed has created a Leucanthemum from seed that is able again to compete with the latest cutting-raised varieties. Leucanthemum x superbum originated as a hybrid produced in 1890 by the American horticulturist Luther Burbank from a number of daisies. The newcomer was named after Mount Shasta, because its petals were the colour of the snow. 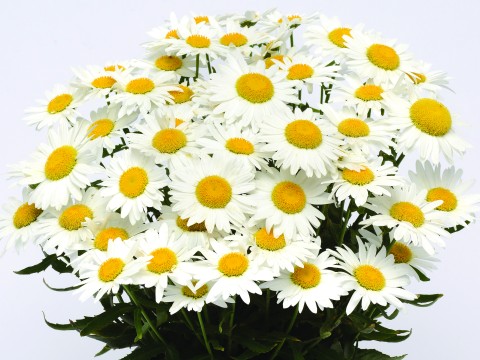 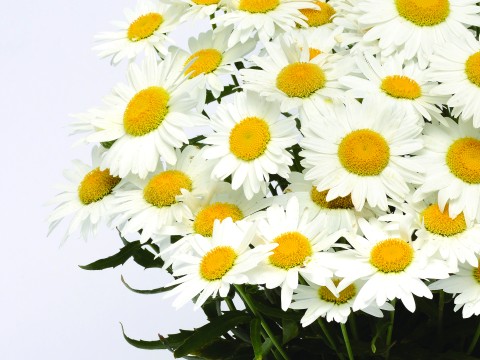 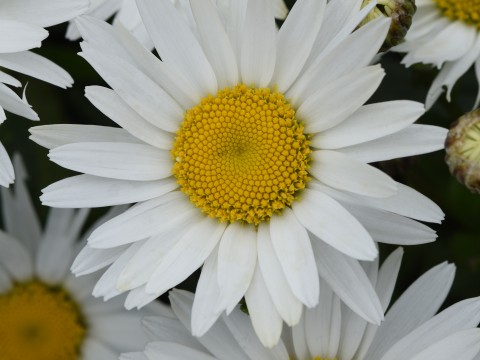 Planting:
Plant out 8 plants per m2 at 35 cm-35 cm planting distance in a sunny spot.